Article and Photos by: Michael Castaño

There’s no denying that the streetwear craze has grown to unimaginable heights. It seems like every few weeks a new collab with a well-established designer house is released, fans line up outside of boutiques, and products instantly sell out online. Perhaps no brand embodies this phenomenon more than the skatewear brand, Supreme. The New-York based clothing brand and skate shop started out with humble beginnings in a single location on Lafayette Ave. in Manhattan, which has since grown to hold flagship locations in fashion capitals like Los Angeles, Paris, and Tokyo. 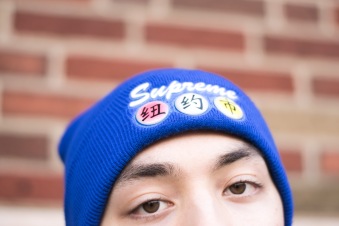 Today, it’s easy to think of Supreme as a clothing brand that supplies graphic tees and zany statement pieces. However, Supreme started out as primarily a skate shop that also sold merchandise and apparel. That vision of a symbiotic relationship between skating and clothing by founder James Jebbia is what allowed Supreme to grow into the powerhouse clothing brand it is today. The skating aspect of the clothing is what made and makes Supreme stand apart from other long-standing, respected streetwear houses like A Bathing Ape and Stussy. Baggy fits and minimalism at times, loudness and repetition at others, and most importantly, a conscious emphasis placed on branding consistency, all contribute to the skating clothing style that Supreme has curated that’s garnered such a huge following. 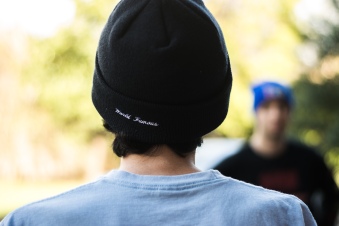 Nonetheless, there is often controversy concerning Supreme’s credibility as a stylish clothing brand. Critics cite a sense of complacency and laziness in the brand, slapping their logo on simple articles of clothing knowing that there will be an audience to consume them rather than pushing the envelope with their designs. These criticisms are valid, a prime example being their latest collaboration with Lacoste. Yet the fact that Supreme even gets the opportunity to collaborate with household names in fashion is telling of the brand’s reputation. From collections in collaboration with Nike and The North Face, to those with designer brands like Comme des Garçons and Louis Vuitton, Supreme has had the opportunity to amplify its following through partnering with brands that many people know and love. Very few brands receive the same respect from staple fashion houses.

If you ask a casual follower of fashion about Supreme, they’ll most likely note the ridiculous following or “hype” around the brand. As someone who owns a few Supreme pieces, I can testify that the mystifying aura of the brand is part of what compelled me to purchase its clothing. This importance that people place on being a part of the culture that Supreme has created, rather than an interest in the designs of the clothing, is what is particularly interesting about the brand. It’s fascinating that a brand whose most recognizable design is simply their logo (and only their logo) embroidered on a tee or hoodie is able to make people line up for hours or even days and pay hundreds of dollars for their apparel. I think the exclusivity that Supreme exudes, perpetuated by releasing only parts of their collections once a week and never selling at retailer locations, is what makes people go crazy over the brand. If you can purchase one of their pieces, Supreme almost becomes a status symbol that you are able to show off. By owning something from Supreme, you can be a part of a small, but ever-growing, group of people who are somehow in-the-know simply through affiliation with the brand. Alternatively, perhaps Supreme’s marketing tactics (such as famous yet controversial photographer Terry Richardson’s shots of well-known celebrities clad in basic Supreme tees) or attention to small details (like their logo’s typeface in italicized Helvetica) draw people to the brand. It’s an interesting mystery, maybe even one that can’t be explained, but it’s this mystery that brings people back to the brand over and over again. 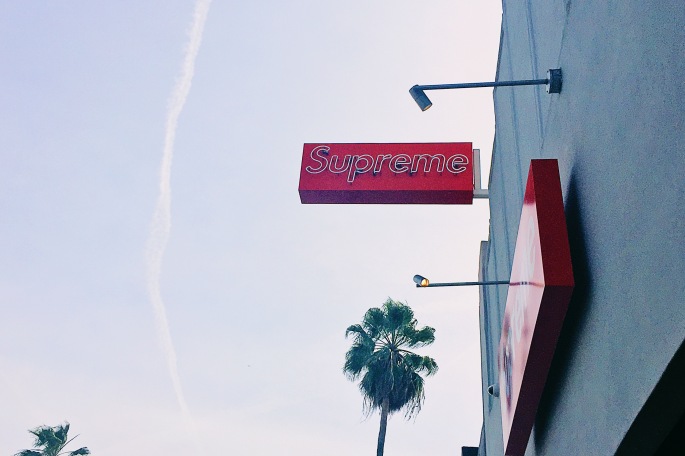 On Georgetown’s campus, you’ll likely only see the brand being worn by hip-hop fans or international students; but it’s this cross-audience appeal that is part of what makes Supreme such a great brand. From its history to its creativity, Supreme has tried to push the boundaries of streetwear. Sure, the hype over Supreme can definitely be unreasonable and ridiculous at times, but the brand and its following aren’t going away anytime soon.

MICHAEL CASTAÑO is a freshman in the College, currently majoring in Computer Science and pursuing a double minor in STIA and Art with a Photography concentration. In his spare time, he enjoys playing basketball, watching movies, being a hypebeast, and doing the bare minimum.